Behind the ‘world’s first CNG terminal’ at Bhavnagar, Gujarat 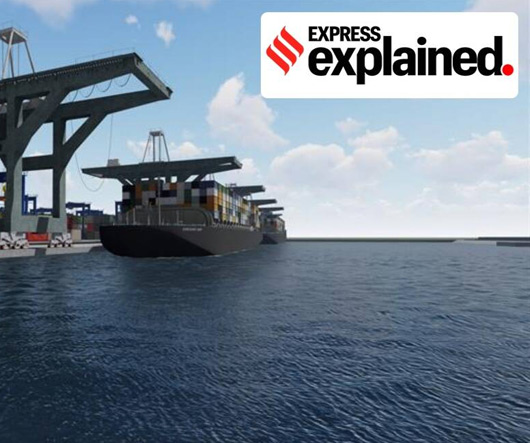 The seeds for the CNG terminal
The idea for the project materialised during the January 2019 Vibrant Gujarat summit when a consortium of London-based Foresight Group, Mumbai-based Padmanabh Mafatlal Group and Rotterdam-based Boskalis signed a Memorandum of Understanding (MoU) with Gujarat Maritime Board (GMB) for development of the CNG terminal.

In December 2019, a project proposal for the development of the north side of Bhavnagar port and allied infrastructure, which includes a CNG terminal, was submitted. This was accepted and GMB issued a Letter of Intent (LoI) in September 2020 in the name of Bhavnagar Port Infrastructure Pvt Ltd, a special purpose vehicle formed by the consortium.

While the consortium will invest Rs 4,000 crore in developing the north side of the Bhavnagar port under the BOOT (Build, Own, Operate and Transfer) policy of the state government, state-run GMB will continue to operate the berths on the south side of the port.

Why is the Bhavnagar port important?
The Bhavnagar port is in close vicinity to the Dholera Special Investment Region (SIR) and is expected to serve the industries that set up base in the region. It is already connected to the northern hinterland through a railway line that extends to the existing berths at the port.

Special lock-gate system at Bhavnagar port
As per the LoI, the consortium will repair and redevelop the tidal lock gate system, which officials say will be the fourth largest such system in the world. Traditionally, because of the higher tidal range of approximately 10 meters, Bhavnagar creek attracts a significant amount of sediment in the form of silt. This lock gate system has been set up so that a minimal amount of sediment enters the port basin during high tide, thus bringing down the cost of dredging inside the port substantially.

Other facilities that will accompany the CNG terminal
While the CNG terminal will be part of the existing Bhavnagar port, additional facilities like an ultra-modern container terminal, multipurpose terminal (LPG and Chemical), a Ro-Ro (roll-on/roll-off) terminal for cargo ships that can load and unload wheeled objects such as trolleys and cars, and a liquid cargo terminal will also be developed by the private consortium.