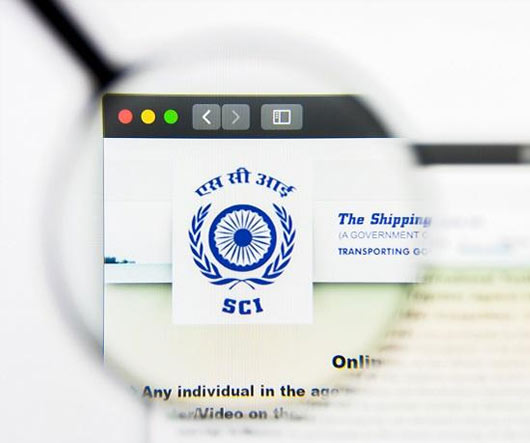 The group, in a consortium with Belgium’s Exmar NV and Dubai-based GMS, is a preliminary bidder for the national carrier as govt looks to privatise SCI by selling 63.75% stake

In a bid to help strengthen the country’s gas infrastructure, London-based shipping firm Foresight Group is eyeing Shipping Corporation of India (SCI), to make it a leading liquefied natural gas (LNG) carrier in the world.

“With India having set target to increase its gas contribution in the energy basket, we see SCI playing a major role due to its strong presence in the tanker segment. It is this segment where we see strong business potential,” Ravi Kumar Mehrotra, founder, promoter and executive chairman at Foresight Group International Limited told Business Standard.

Foresight Group, in a consortium with Belgium-based Exmar NV and Dubai-based GMS, is one of the preliminary bidders for the national carrier as the government is looking to privatise SCI by selling 63.75 percent stake in the latter.

Natural gas currently makes up for 6.2 per cent of all energy consumed in the country. To cut dependence on polluting coal and liquid fuels, the government is targeting its share to rise to 15 per cent by 2030.

“To go to 15 percent share of gas in energy basket, SCI would need another 100 LNG carriers in addition to the already existing tanker fleet it has. We will be moving in this direction to reach the target set by the country,” Mehrotra added.

Of all the segments, the tanker business contributes the highest to SCI topline. In FY20, revenues from company’s tanker business stood at Rs 2,958.19 crore, 66 percent of total Rs 4,479.33 crore.

The company has 20 tanker and 13 product vessels with one gas carrier in its fleet as per March 31, 2020 annual report.

“We want to transition SCI from a conventional shipping company to specifically energy tonnage. India energy demand is expected to grow double digit and we are located between India and Dubai (which is between energy producer and consumer region) so we would like to map this trajectory and bridge this logistics, where SCI comes handy as the right platform,” Manjari Mehrotra Seth, director at RK Mehrotra Holdings Limited.

While the company’s energy segment is strong, its bleeding bulk business cannot be ignored.

As per FY20 annual report of SCI, bulk revenue was 13 percent of the total standalone revenue of Rs 4479.33 crore for 15 bulk carriers.

With regard to funding of acquisition, Seth informed that the kitty is ready and would largely comprise family trust, funding from consortium partners and also institutions.

SCI is the only Indian shipping company engaged in transportation of LNG, a vital fuel for India’s power plant and chemical/petrochemical industry, says the company website.

Though the enthusiasm for the national carrier divestment seems to be building, it is crucial to note that the company operates in a tax environment that is relatively unfriendly when compared to global market due to an asymmetric Goods & Services Tax (GST) policy that inadvertently favours foreign shipping companies.